A customer experienced major quality problems with their HV cables, as evidenced by this photograph. Volatility of the plasticizer was the primary issue, which caused other components of the formulation to exude out. A secondary issue, unrelated to the primary problem, was low extraction resistance to polar and non-polar liquids. This customer came to Hallstar with a time sensitive situation and the need for a new plasticizer.

While Hallstar provided a product that resolved the customer’s primary volatility resistance issues, a secondary issue was their inability to handle the higher viscosity of the new polymeric plasticizer. This issue was quickly resolved by blending the Paraplex® A-8600 with a monomeric plasticizer that was already in the customer’s formulation, thereby reducing viscosity levels. This resulted in a pumpable, easy-to-handle product. 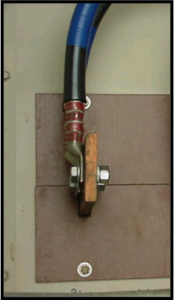 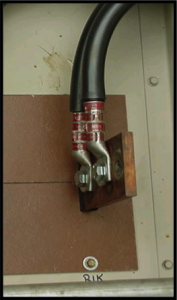