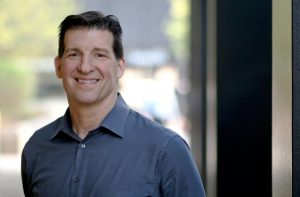 Hallstar, a leading supplier of specialty chemistry, has announced the promotion of Carmen B. Masciantonio to President of Hallstar Industrial Solutions, effective immediately. Most recently, Masciantonio was Hallstar’s Vice President of Strategic Sourcing. In the fall of 2018, Hallstar reorganized its global organization into two distinct divisions – Beauty and Industrial – to better focus on market-specific industry solutions and support its customers. The company created two new division President positions, while John J. Paro remained Chairman and CEO.

“With evolving customer needs and technology, we know that finding the right person with the right fit for the new Industrial President role is critical,” observed Paro. “Carmen’s deep commercial, operations and supply chain expertise, his understanding of the Industrial market, and his leadership and coaching skills are perfectly suited to heading our Industrial Solutions division.”

Masciantonio came to Hallstar in 2001 with the acquisition of RTD Chemical where he had worked since 1995. Starting as a Business Director for Hallstar Personal Care Ingredients, he added sourcing and purchasing responsibilities over the years and, in 2013, was named Vice President, Supply Chain, and General Manager for all product lines, successfully leveraging the synergy between product management and sourcing. From 2016 to 2018, Masciantonio served as the North America Region Vice President responsible for all P&L operations, sales and sourcing in the NA territory.

“In his time at Hallstar,” Paro said, “Carmen has developed outstanding relationships inside and outside the company. He demonstrates every day the values of accountability, consistency, and integrity, and he is committed to the professional development of his people who have benefitted immensely from his mentoring over the years.”

Masciantonio earned his Bachelor of Science in Chemical Engineering from Penn State University, where he was named Academic All-American as defensive captain of the 1982 National Championship Football Team. He and his wife Lauraine live in Center Valley, Pennsylvania, and have three grown children.